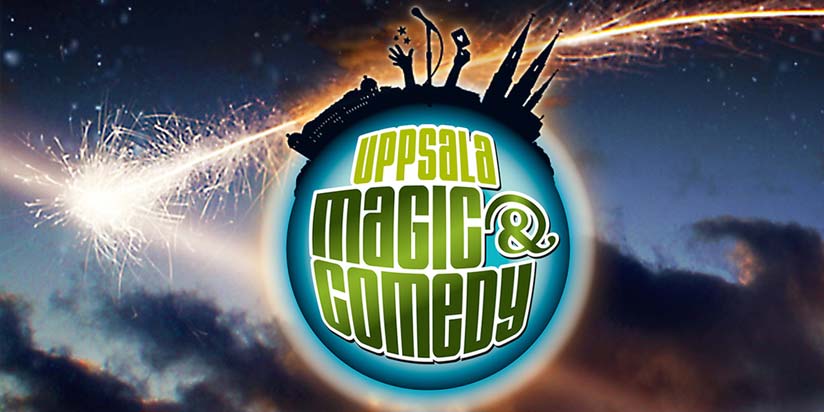 In April 2014, almost from nowhere, a massive festival appeared in Uppsala – a historic student town slightly north of Stockholm, Sweden. Three days were filled with 43 programs. 51 artists from all over the world had been invited, both magicians and comedians. The person behind the event was my friend Johan Ståhl, who in a fit of temporary madness had made this major investment using his private funds, without having any safety nets at all – had not enough audience turned up, he would have become destitute and homeless. Fortunately, audiences did show up, but the press and the effort of being the sole organizer of 43 program points completely knocked him out for several weeks afterwards.

Wiser from the experience, Johan initiated a collaboration with a project manager for the next festival; Anna Wikestedt Fällmar from Wikestedt Event, which was very beneficial for both the festival and Johan’s mental health.

Uppsala Magic and Comedy Festival grew for each year, and filled eleven days when it was at its largest… and the festival was also combined with a congress for magicians, with Swedish championships where the country’s magicians competed with and against each other. The festival was a literal success story… until the Covid Pandemic snuffed it out. Just days before the festival 2020 was about to start, it had to be canceled… with lots of expenses that could not be reimbursed. The plans were moved to 2021, which also had to be canceled. First now in April 2022 could the festival take place again, now reduced to just three days, and with the announcement that this would be the last festival. A loss for both Swedish culture and Swedish magic, but completely understandable – without solid support and proper backing, it takes a huge effort to pull such a large load in the headwind.

Over two hundred magicians and comedians travelled to Uppsala to perform during the six years that the festival existed. There were programs in both large and small theaters, in restaurants and shopping malls, in museums and on the streets. Everyone was exposed to modern magic, regardless of background and social status. I personally believe that the festival has been very important for the continued growth of Swedish magic. Most performances given by the majority of the country’s magicians are either at private events or at corporate events, which means that people in general are rarely exposed to Swedish magic – despite the fact that Swedish magic holds an internationally high class. People in general rarely see ads for magic shows, there are rarely any reviews and rarely any media attention. And for there to be a growth in the art form, to get an influx of new blood, there must be a general awareness that the art form both exists and evolves, and it is at this point that the festival has been invaluable!

It is on this point that Johan Ståhl deserves to be immortalized. Johan’s passion for our art form is huge. The time and energy he invests in the future of magic is enormous. Although I was the head teacher of the magic courses given at Stockholm University of the Arts, it was Johan who was responsible for the course – he was the one who persuaded the university to produce the courses, he created the format, and he was the one who persuaded me to take the role of teacher .
For several years now, he has had a program where magicians visit children at Akademiska Barnsjukhuset in Uppsala every other week and teach them magic. And most recently, he was out in the schools with the government funded Creative School program and taught the basics of magic to over a thousand school children in grades 4-9. On his own, he has done more to secure the resurgence of magic than all the country’s magic associations have done together.
Can you tell that I am proud to have Johan Ståhl as my friend?

The Uppsala Magic and Comedy festival has been a super important element in Sweden’s cultural landscape, and it is a difficult loss that it disappears. But now that we’ve seen it is doable, maybe someone else can pick up the baton? And Johan himself is still there, with a head full of ideas, and it is with excited anticipation that I wait to see what he does next! 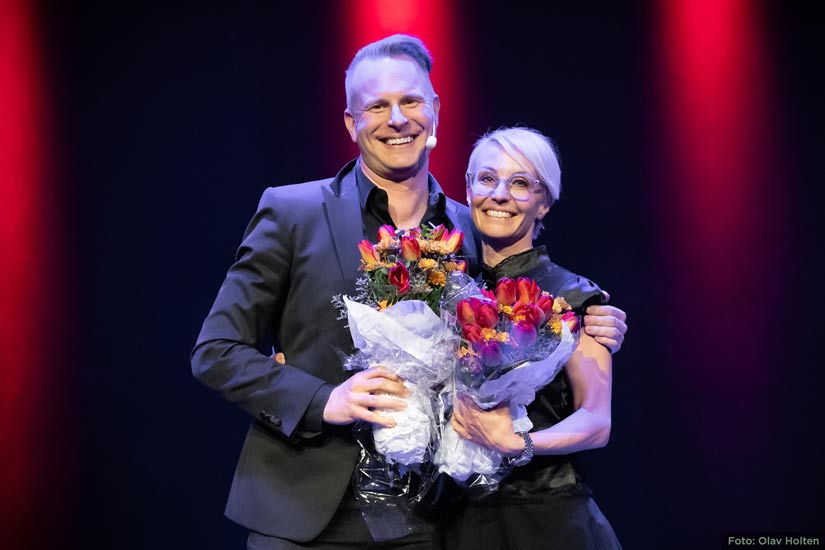 Johan and Anna at the end of the very last magic festival.

Tom Stone have been a professional magician since 1990. Beside being a performer, he's an author of new magic works, a teacher at advanced courses in magic, and the writer of several books.

This site uses Akismet to reduce spam. Learn how your comment data is processed.