Tom Stone as entertainer, speaker or educator are dealt with elsewhere.
During the last 29 years, Tom Stone have frequently been hired as a consultant, in both normal and odd contexts. In most cases, the consultation has involved colleagues, for example to direct and to create new works to compete with at FISM (World Championships in magic), or as in the Swedish SVT1’s show “Helt Magiskt” (2011) where Tom wrote scripts and created new works, and coached and taught various celebrity guests to do magic.

But it has also been to create special effects for film and stage. For example. in the movie “Tjocktjuven”, the main character needed to appear almost supernaturally dexterous as a pickpocket, but they didn’t want to resort to digital CGI effects – so Tom came up with “in camera” solutions. Or when Teater23 in Malmö needed a finger to glow and shine in a children’s play, Tom fixed the problem.

Parts of this can be viewed at IMDB.com, for those who are curious.

In addition to film, TV, theater and stage, Tom has also done some more unusual consulting work. For example, he wrote the “artist manual” that all newly hired artists at all of Wallmans Salongers’ show restaurants studied.

Tom’s expertise is useful in all contexts where attention management is needed. 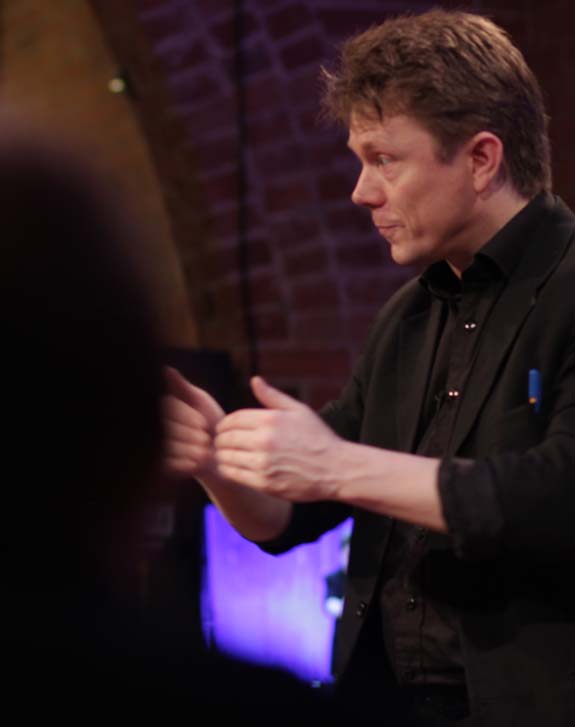 Tom Stone consulted for the Swedish SVT1’s show “Helt Magiskt”. In the example above, Tom coached both the magician and the celebrity blogger in how to perform his work “Benson Burner” (from the book Vortex, Tom Stone, 2010).

If you want to book Tom Stone as a magic consultant, or justy want to ask something, use this form: